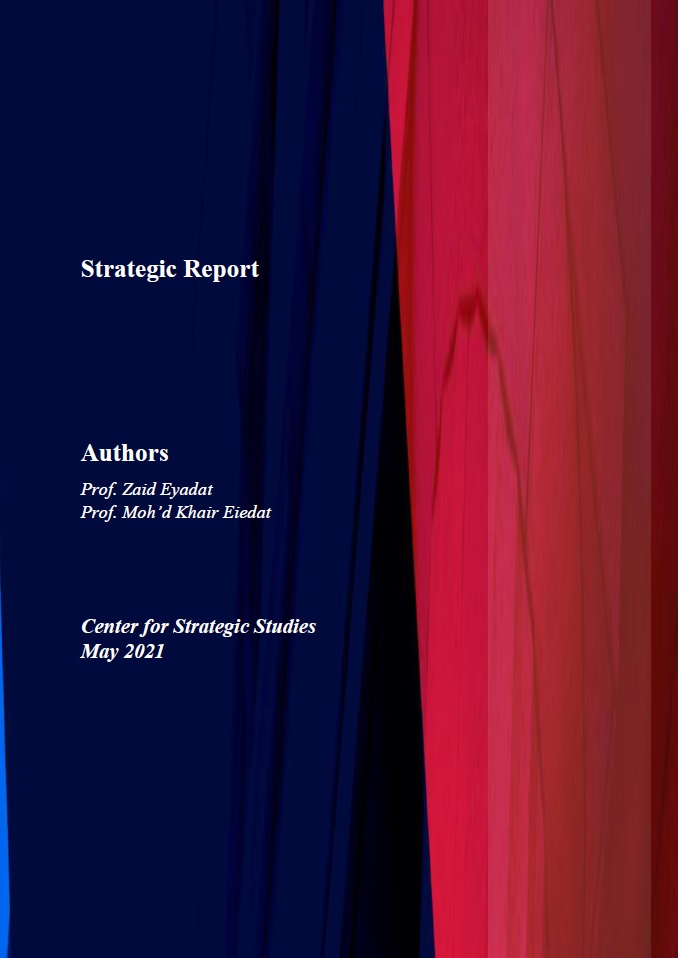 Since its establishment in 1984, the Center for Strategic Studies (CSS) is launching its first strategic report; which is the 1st of a series of strategic reports to be published on an annual basis, where its significance lies in providing both intellectuals and decision makers with a broad understanding of the main drivers of regional and international politics. CSS has been conducting strategic analysis in regional and global: geo-politics, security, defense and foreign policy, rule of law, macro-economics, health, education, religion, gender, minorities, and refugee issues. Our findings are relevant not only to Jordan, but to the region as a whole.
CSS also produces a number of periodic reports and forecast analysis, including scenario building exercise on security, economy, geopolitical and geostrategic trends, the Arab Barometer, the Gender Barometer, and the Religiosity Barometer and the Pulse of the Jordanian Street. Only recently the CSS has published its first report on Jordan entitled, “Jordan’s Path in 2021: Trends and Scenarios”.
The CSS at the University of Jordan has been a leading institution in assessing and designing evidence-based policy interventions. It is a think tank that focuses on public policies, strategic and geostrategic analysis, intellectual and political issues; which continues to be recognized as MENA’s top Center for Excellence since 2016, according to the Global Go to Think Tank Index (last updated in June 2020) as part of the Think Tanks and Civil Societies Program (TTCSP) program of the University of Pennsylvania.
Emphasizing the importance of rigorous, scientifically tested methodologies, CSS is one of the only research centers in the MENA region that conducts regular quantitative polls and surveys. These endeavors are complemented by the publication of research papers, international networking projects, and the hosting of conferences, seminars, and workshops of global significance. Each of these activities focus on generating new venues for dialogue, helping to contribute to the improvement of the quality of discourse in the country. As a result, CSS is a regular contributor in the media, with outlets often including the results of CSS’s polls, the featuring of our research publications, and the deliberations of our conferences.

The New Levant: Rationales, implications and future trajectories of the cooperation between Jordan, Iraq and Egypt
December 10, 2021
The Mapai party between democratization and liberal transformation – on the validity of the paradoxical dualism
June 19, 2021
Democracy and security are in constant conflict
June 19, 2021