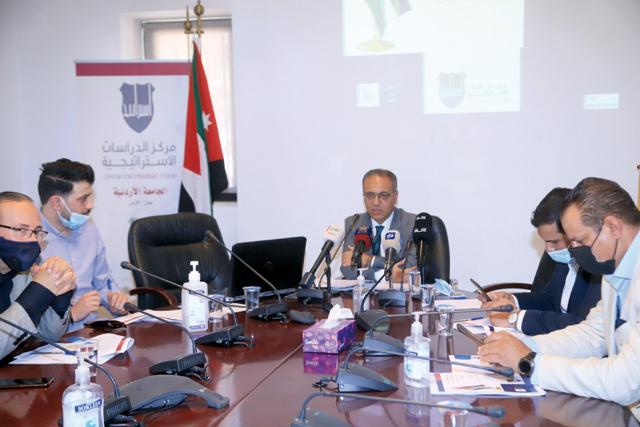 AMMAN — A total of 57 per cent of Jordanians do not trust the government after 200 days of its formation, compared with 48 per cent that did not trust it upon formation, a University of Jordan’s Centre for Strategic Studies survey revealed on Sunday.

The survey, covering a national sample of 1,350 people who are 18 years old and above, showed that 48 per cent of the surveyed people have never trusted the government since its formation, the Jordan News Agency, Petra, reported.

The percentage of those who believe that things are going negative went up from 53 per cent upon forming the government to 58 per cent after 200 days of formation, attributing their opinions to worsening economic conditions in general, higher unemployment and poverty rates, and the repercussions of the COVID-19 pandemic.

The Palestinian issue, economic conditions, regional wars and conflicts and repercussions of the pandemic topped regional issues for Jordanians.

Jordanians said that the Jordan Armed Forces-Arab Army, Public Security Directorate and the General Intelligence Department are the top institutions that they trust, while their trust in most of the state institutions witnessed a drop.

Regarding COVID-19, the economy and society, results of the survey showed a decline in the general satisfaction level of Jordanians with the government’s procedures from 55 per cent upon its formation to 47 per cent after 200 days of the formation.

Also, 94 per cent of Jordanians think that financial and administrative corruptions are spread in the Kingdom and 82 per cent believe that the government is not serious in combating corruption.