Political Participation and Promotion of Democracy: Role of Civil Society Organizations in Jordan 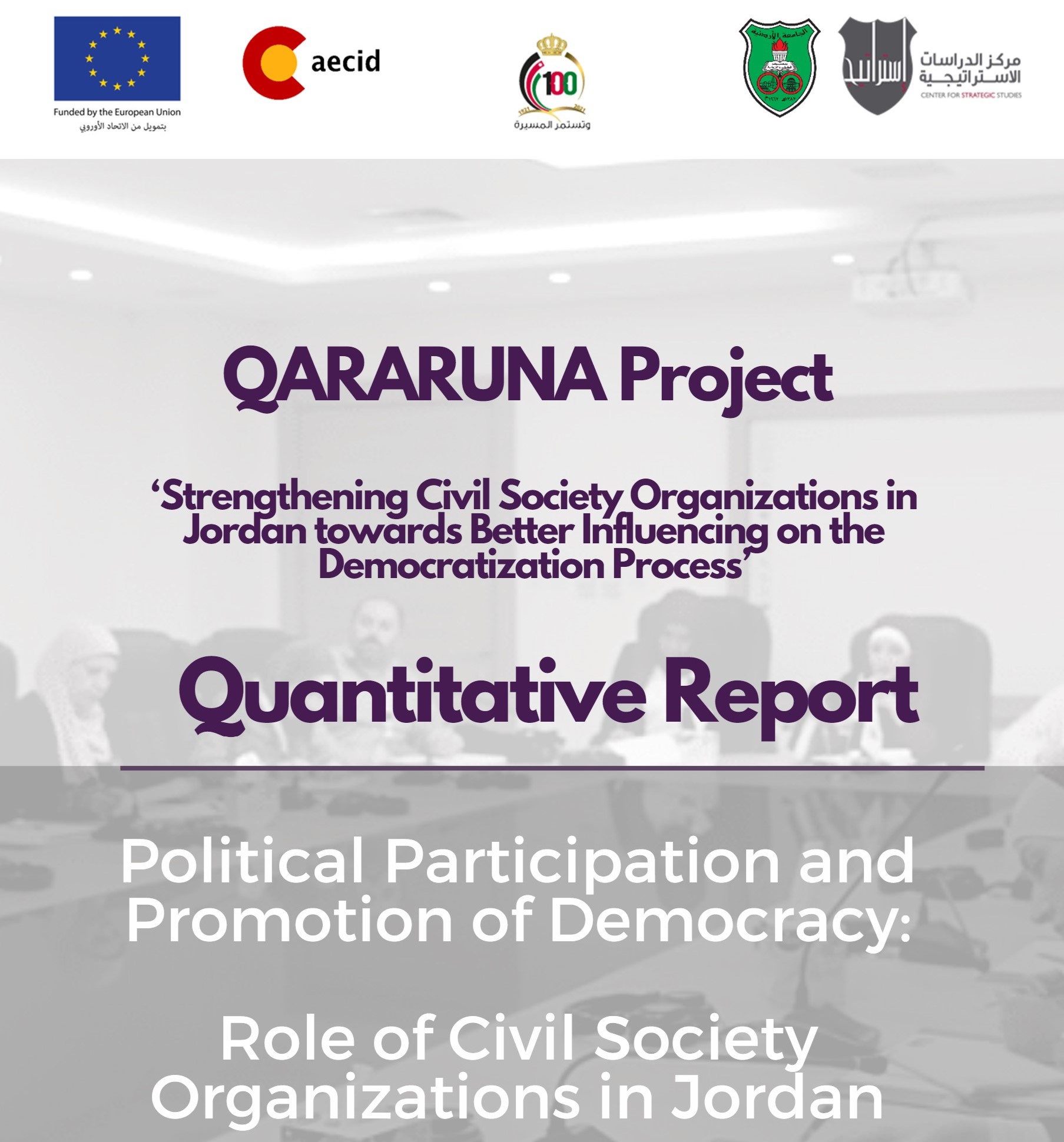 Throughout the past decade, Jordan has been able to successfully manoeuvre serious predicaments with the ultimate aim of achieving comprehensive development, regardless of the local and neighbouring political, economic and humanitarian challenges. Entering into the kingdom’s second century, the vision of His Majesty King Abdullah II concentrates on political reform, peaceful democratic transition and inclusion of all social segments, particularly the youth, in decision-making and public life.

The emphasis in the coming phase must be to build a culture of coalition and collective action, focus on consolidation and social cohesion, and further strengthen the role of civil society and local communities in contributing to the peaceful democratic transition and solidifying through widening political participation, improving good governance, enlarging decision making processes and enhancing both accountability and civic duties.

However, this process is one that requires constructive engagement, purposeful training, and periodic, systematic exploration of the continuously changing attitudes and perceptions of the people in order to sustain the reform and democratic process in Jordan.

The continuous support of actors such as the Spanish Agency for International Development Cooperation (AECID), the European Union (EU) and the Center for Strategic Studies (CSS) at the University of Jordan, to build a culture of coalition and collective action particularly among CSOs, political empowerment of women and youth is crucial to ensure a meaningful transition.

There is no one model of democratization that fits all societies. However, over the past 6 years, the solid partnership between AECID and CSS (through the project of Qararuna and TAHDIR), proved to be a successful model for paving the way for openness and democratic discourse in the country and the region.

To read the full report:

A year After its Formation: Jordanians’ Opinion of Dr. Bisher Al Khasawneh’s Government and Some Current Issues
October 26, 2021