Noncommunicable diseases leading cause of death in Jordan — survey 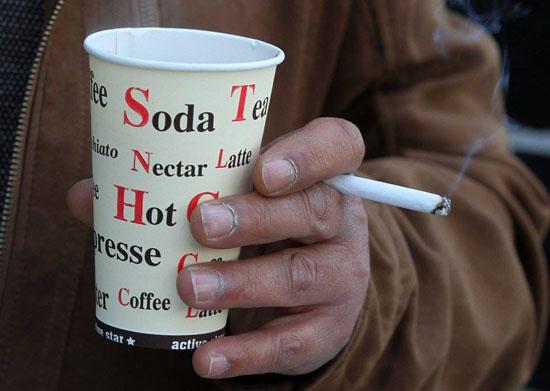 AMMAN — Noncommunicable diseases (NCDs) are the leading cause of morbidity and mortality in Jordan, constituting 78 per cent of the total deaths, being mainly cardiovascular diseases, cancer, diabetes and chronic respiratory diseases.

At the end of 2019, the Ministry of Health in collaboration with the Center for Strategic Studies (CSS) of the University of Jordan, conducted a national STEPwise survey (STEPs), with the technical support of the World Health Organisation (WHO) and financial support from the United States Agency for International Development (USAID), according to a WHO statement.

This survey is especially important during the current pandemic crisis as people with underlying NCDs‎ have a high risk for developing severe COVID-19, read the statement.

The STEPs is a standardised method for collecting, analysing and disseminating data to assess the status of NCDs (cardiovascular diseases, diabetes, cancer, chronic respiratory diseases and mental health disorders and conditions) and related risk factors (tobacco use, unhealthy diet, physical inactivity, harmful use of alcohol and air pollution).

All countries can use STEPs information not only for monitoring NCDs and their risk factors within-country trends, but also for comparing data over time and between countries, according to the statement.

Jordan’s STEPs 2019 provides updated information on NCDs situation and trends in Jordan since the latest national survey was conducted in 2007.

The survey included a representative sample of 5,713 adult Jordanians and Syrians (18-69 years old) of both genders living in Jordan.

Main findings from STEPs show that one of the major NCD risk factors in Jordan is smoking and vaping. Forty-one per cent of Jordanians and Syrians are current tobacco smokers and 9.2 per cent are current users of electronic cigarettes.

Second-hand exposure to smoke during the past 30 days reached 79 per cent among the same group. Their monthly expenditure for manufactured cigarettes is JD60.3 per person with an average consumption of 21 cigarettes a day.

Fruit and vegetable consumption is considered low, where 84 per cent consumed less than five portions per day, as recommended by the WHO.

Alcohol consumption is minimal as reported in 1.4 per cent.

One-third of the study population always adds salt to their food, 25 per cent do insufficient physical activity and 60 per cent are overweight.

Prevalence of hypertension (raised blood pressure) is 22 per cent of the survey population; half of them (47.8 per cent) do not take medication.

Diabetes (raised blood glucose) is found in 20 per cent of adults aged 45-69 years old, and raised total cholesterol is reported in 17.7 per cent.

Moreover, those currently suffering from cardiovascular diseases (CVDs) or at high risk to develop CVDs in the next 10 years reach 24.5 per cent of the survey population.

Prevalence of depression is 18 per cent, the survey results showed.

NCDs could be prevented by changing policies and actively engaging all sectors through a whole government and whole society approach.

The STEPs findings and recommendations should be translated into policy actions in line with WHO guidance, the statement said.

Among these priority actions are the development of a multi-sectoral NCDs strategy and related action plans with the involvement of key stakeholders; the strengthening of NCDs surveillance system at all levels of service providers, the improvement of NCDs programmes at primary healthcare level and the implementation of  “best buys” which are cost-effective interventions to promote healthy lifestyle, prevent  and control NCDs and their risk factors like tobacco use, salt and sugar intake and physical inactivity.

This would positively reflect on reducing NCDs morbidity and mortality rates in Jordan and pave the way for achieving sustainable development goals by the year 2030, concluded the statement.