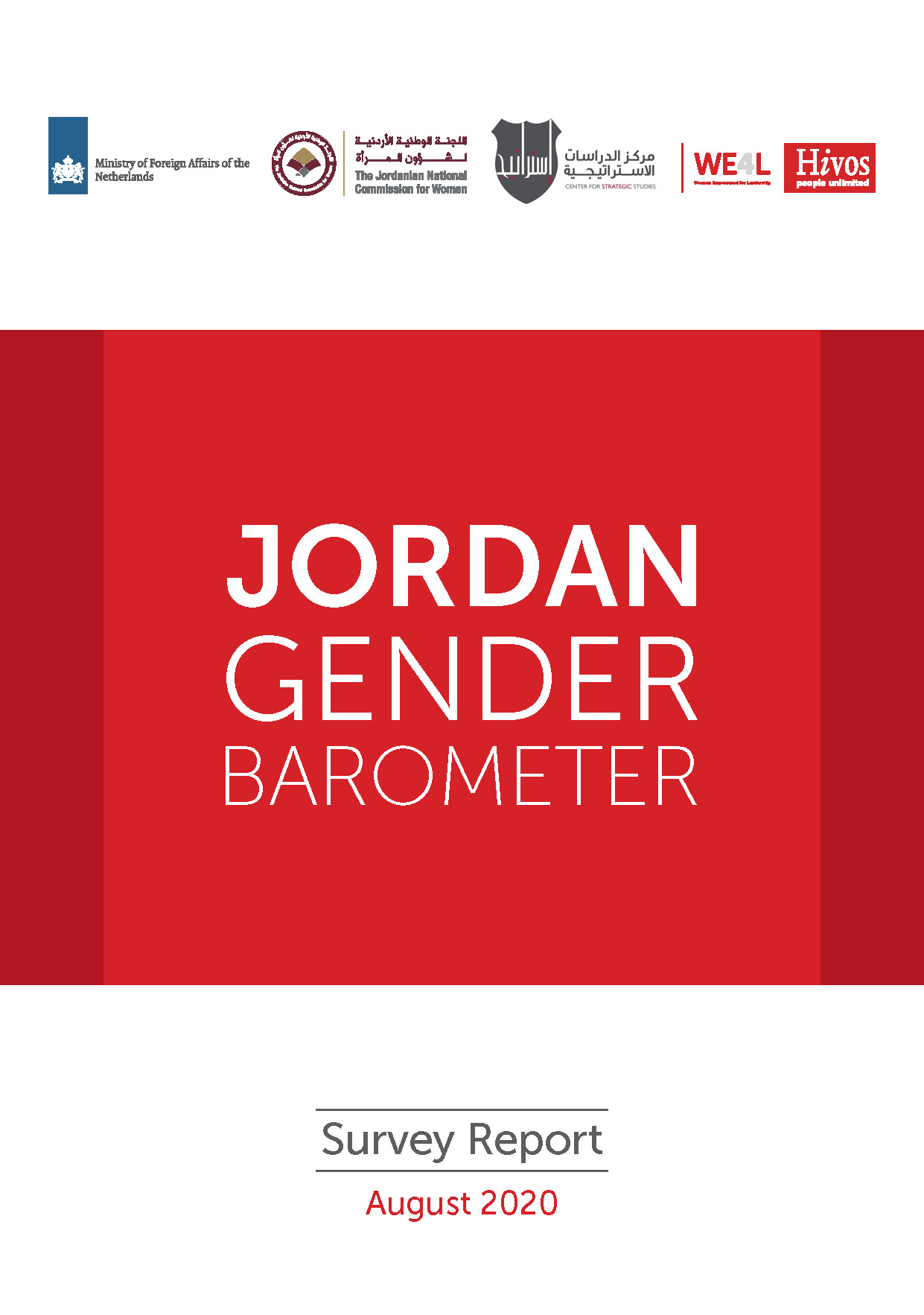 This is the first survey of its kind conducted in Jordan. A team of the Jordanian National Commission for Women (JNCW), the Humanist Institute for Cooperation with Developing Countries (HIVOS), and the Center for Strategic Studies (CSS) has conceptualized the survey. The Jordan Gender Barometer focuses mainly on local leadership and ownership. The survey, thus, was based on a consultative process. It has brought together academics, practitioners, and activists to determine the main themes of the survey. This process produced a survey that is based on the priorities of local women’s rights activists and academics.

The Jordan Gender Barometer Survey does not focus on perceptions. This makes it different from other surveys on gender in the region. Firstly, the survey examines the actual practices in which people engage. Secondly, it also studies four main themes that are critical to understanding gender relations: 1) personal context, 2) familial life, 3) quality of life and access to infrastructure, 4) economic life.

Designing the survey, the team was careful not to assume any conflict between the genders beforehand. Also, the survey seeks to learn from respondents rather than to uncover problems. We followed a conceptual understanding of women as intersectional. This in practice means women are members of various communities whose needs and priorities are not shaped by their gender alone. To understand the diversity of women’s needs, we also require to understand how women’s issues overlap with communal and wider national concerns.