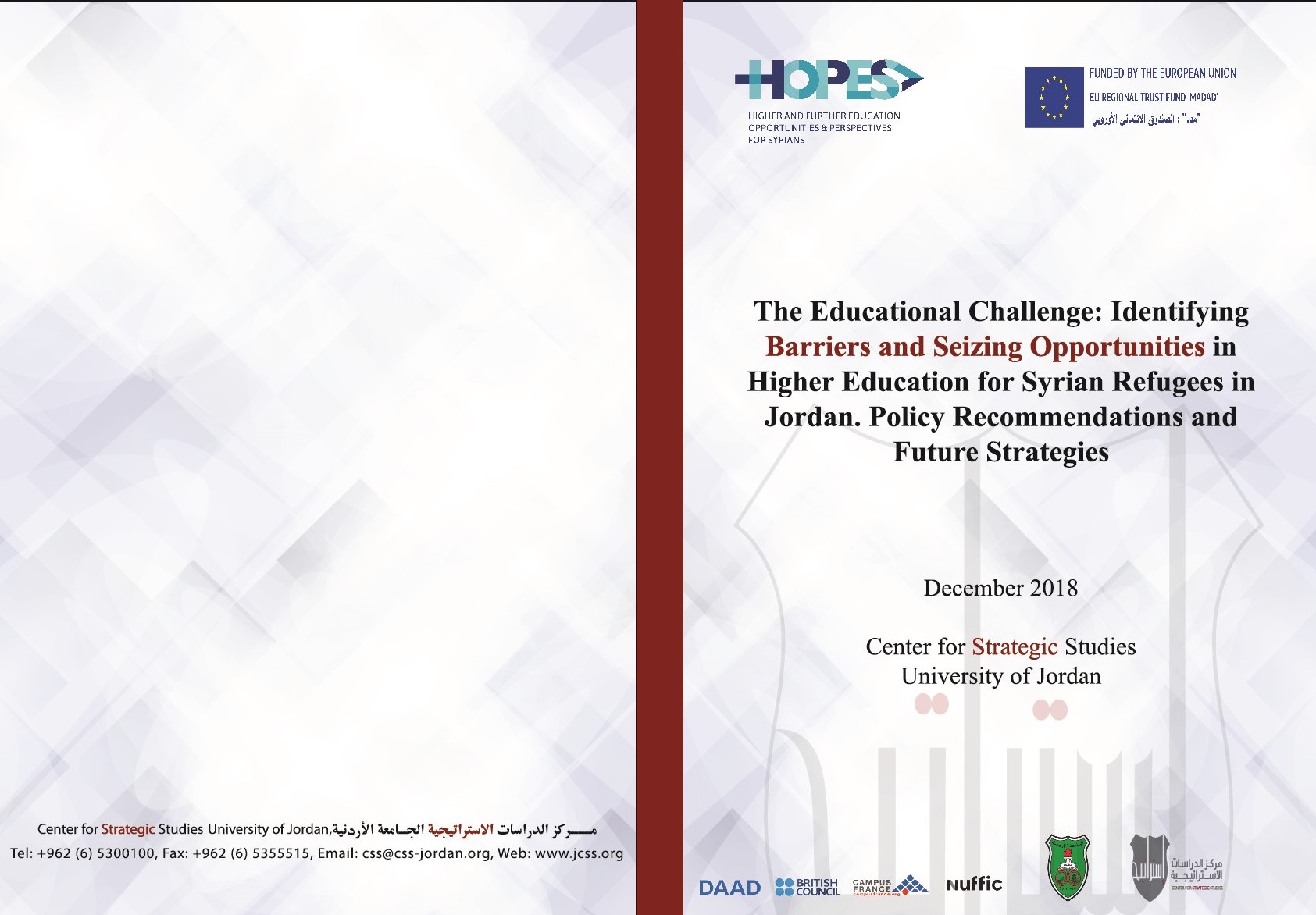 This study came by an initiative from the Center of Strategic Studies as part of its contingency plan to the Syrian refugees crisis—of which education is an essential part. The Jordanian government and the inter­national institutes have been careful to provide education opportunities for Syrian students in all levels. And according to the Ministry of High­er Education for the year 2016, there are approximately 16,000 Syrian students enrolled in the Jordanian universities in all majors, of which about two thirds—10,655—are enrolled in private universities and the rest are enrolled in public universities.

This study aimed to explore the main issues faced by Syrian students in accessing higher education in Jordan. It highlights the issues, obstacles, and major difficulties facing them during their education track and the extent to which these students adapt to their new environment. As well as social adaptation in Jordanian universities.

In this study, the Center for Strategic Studies used quantitative and qual­itative research methodology. The quantitative approach is composed of field survey of a sample of 1,675 Syrian students in 18 Jordanian public and private universities, which accounted for more than 10% of the Syrian students population in Jordanian universities. The qualitative approach included seven focus groups—mostly Syrian students—and also included individuals and institutes related to higher education and educational policies. In addition to a number of in-depth interviews.

In the end, we hope that the outcomes of this study and the policy rec­ommendations will get the attention it deserves by all the stakeholders.