Sociology of Extremism and Terrorism in Jordan 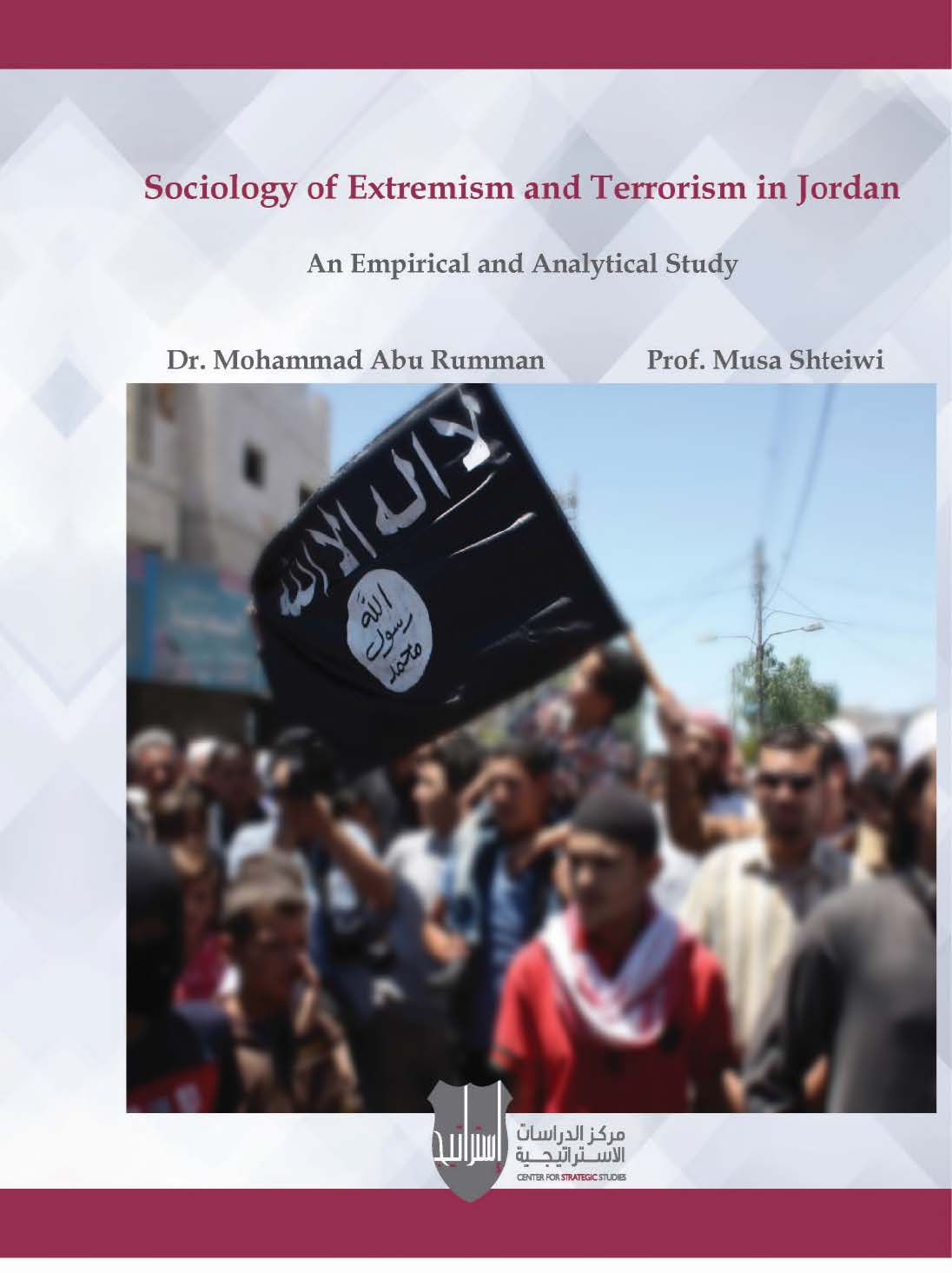 The phenomenon of violent extremism has garnered unprecedented global interest both at the political and at the academic level. In fact, scholars and researchers have been preoccupied with the attempt to interpret and explain this phenomenon, and in particular the attempt is made to answer the question associated with the factors spurring some to join those radical organizations. Numerous studies have focused on the ideological and creedal dimensions associated with those transformations, while a dearth of sociological studies focused on the conditions driving people to their involvement in violent behavioral patterns, as well as studying the traits or profiles of those persons. However, despite a wealth of studies, there still appears to be a crucial gaps in forming a holistic image of factors contributing to violent extremism.

Due to its multifaceted nature and salience in the region over several years, perhaps the difficulty in understanding this phenomenon is due to lacking accurate information. Certainly, the mechanisms behind the radicalization of individuals tend to be highly complex.

This study emerges as an attempt to fill the knowledge gap by using personalized data concerned with respondents’ social backgrounds. Through its focus on the economic, social, political and academic attributes of those involved in those organized groups, a more holistic image of susceptible individuals is draw. Moreover, through deep case studies, the study attempted to investigate the various pathways for entering the domain of extremism, confirming that there are political, economic and social conditions which contribute to conversion to this extremist and violent behavior.

We encountered, as did other scholars, difficulty in obtaining personal data about those persons, particularly since some of them were killed, have left Jordan to fight with extremist organizations, or who are were sent to prison. However, this difficulty was, to a substantial degree, overcome by utilizing numerous qualitative methods to gather the required information. For example, data was collected from social media accounts of both members of extremist groups, including their family members, as well as through the courts and the judicial decisions rendered concerning convicted individuals. In the final analysis, the dataset included detailed information on a sample of 760 persons who were subject to statistical analysis determining traits and characteristics, as well as in-depth evaluations as particular case studies. In conclusion it gives me pleasure to express deep gratitude to the research assistant Ruba Al-Tuweisi for collecting the data, Ahmad SaadEddin for preparing the data for statistical analysis, Islam Bashayreh for assisting in data cleaning process, and to Mohammad Salameh for proofreading and editing the text. I extend deep thanks and appreciation to Her Excellency the Norwegian Ambassador to Jordan and embassy staff for both their support and understanding of the difficulties we encountered in the data collection process.