Dealing with the Crisis: A Review of the Response to Syrian Refugees in Jordan (2014) 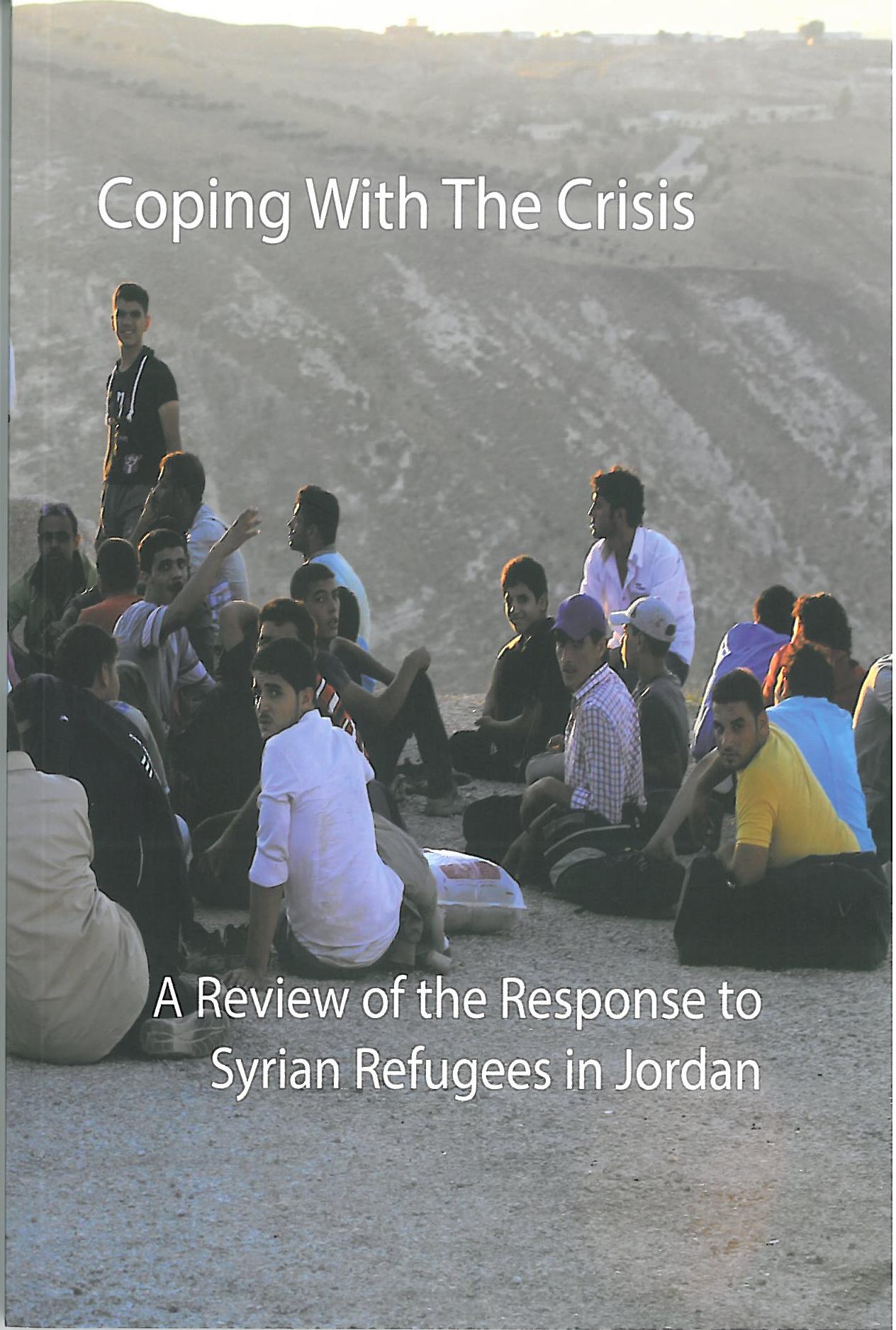 The Center for Strategic Studies at the University of Jordan has published a new study entitled “Dealing with the Crisis: A Review of the Response to Syrian Refugees in Jordan.” This study was conducted by Dr. Musa Shteiwi, Jonathan Walsh and Christina Claassen. More than three years have passed since the outbreak of the Syrian crisis and the beginning of the plight of Syrian refugees. Jordan is one of several countries in the region that have opened their doors to huge numbers of asylum seekers from the war. The official figure is estimated at 1.4 million, of whom only about 15% live in refugee camps and the rest are among Jordanians across the country, with dense concentrations in the northern and central regions. Meeting the needs of Syrian refugees has been and continues to be a major challenge for the Jordanian government as well as the international organizations involved – not only due to lack of funding, but also due to the highly demanding levels of organization needed to deal with this crisis.

Dealing with the Crisis was initiated in response to these challenges, as part of an ongoing project implemented by CSS in order to assess the impact of the Syrian crisis on Jordan. It is not intended as an assessment of efforts to respond to Syrian refugees in Jordan, but rather aims to assess and document these efforts. This includes not only identifying the types of organizations involved and the types of aid and services provided, but also identifying problems and gaps in the response to Syrian refugees.

The project findings include the fact that insufficient funding is the biggest challenge facing the response to the Syrian refugee crisis in Jordan. The two primary relief mechanisms – the Regional Response Plan Six (RRP6) and the National Resilience Plan (NRP) are chronically underfunded. While the unexpectedly low levels of refugee flight in 2014 have so far prevented the worst repercussions of this shortage, international and Jordanian authorities remain unable to implement the full spectrum of necessary relief programmes.

This is not due to a lack of planning. The Jordanian government and UNHCR have set ambitious goals. The Jordan Host Community Support Platform (HCSP) guides the implementation of the NRP and coordinates local resilience building activities, while UNHCR’s RRP6 program oversees the provision of international assistance to displaced Syrians.

The next step for Jordan and UNHCR should be to further integrate these two plans under a joint supervisory authority that maintains their distinct functions and activities. Such a structure could more easily identify gaps in assistance, eliminate redundant projects, and improve coordination between the National Natural Resources Program and the Regional Rehabilitation Program and the integration would indirectly benefit struggling Jordanian communities.

The Jordanian government and the international community should also promote relief activities in sectors indirectly related to the Syrian refugee crisis (such as the Jordanian energy system), as well as the proactive development of poor governorates that are not yet hosting many Syrians. Unfortunately, current relief programs are largely limited to meeting the short-term needs of refugees and host communities and solving immediate infrastructure problems. However, a comprehensive humanitarian response must plan for the potentially disabling long-term effects of the Syrian refugee crisis.

Ultimately, a successful reform of the refugee response is possible. For example, UNHCR has already introduced new standard operating procedures for NGOs conducting surveys among Syrian refugees to prevent redundant assessments, and has taken steps towards better coordination of their teams. Meanwhile, the Jordanian government created the Host Community Support Platform in response to concern that international efforts that benefit Syrian refugees are similarly shortening desperate Jordanian communities. If funded adequately, UNHCR and the Jordanian authorities can address existing shortcomings by continuing on this proactive course.