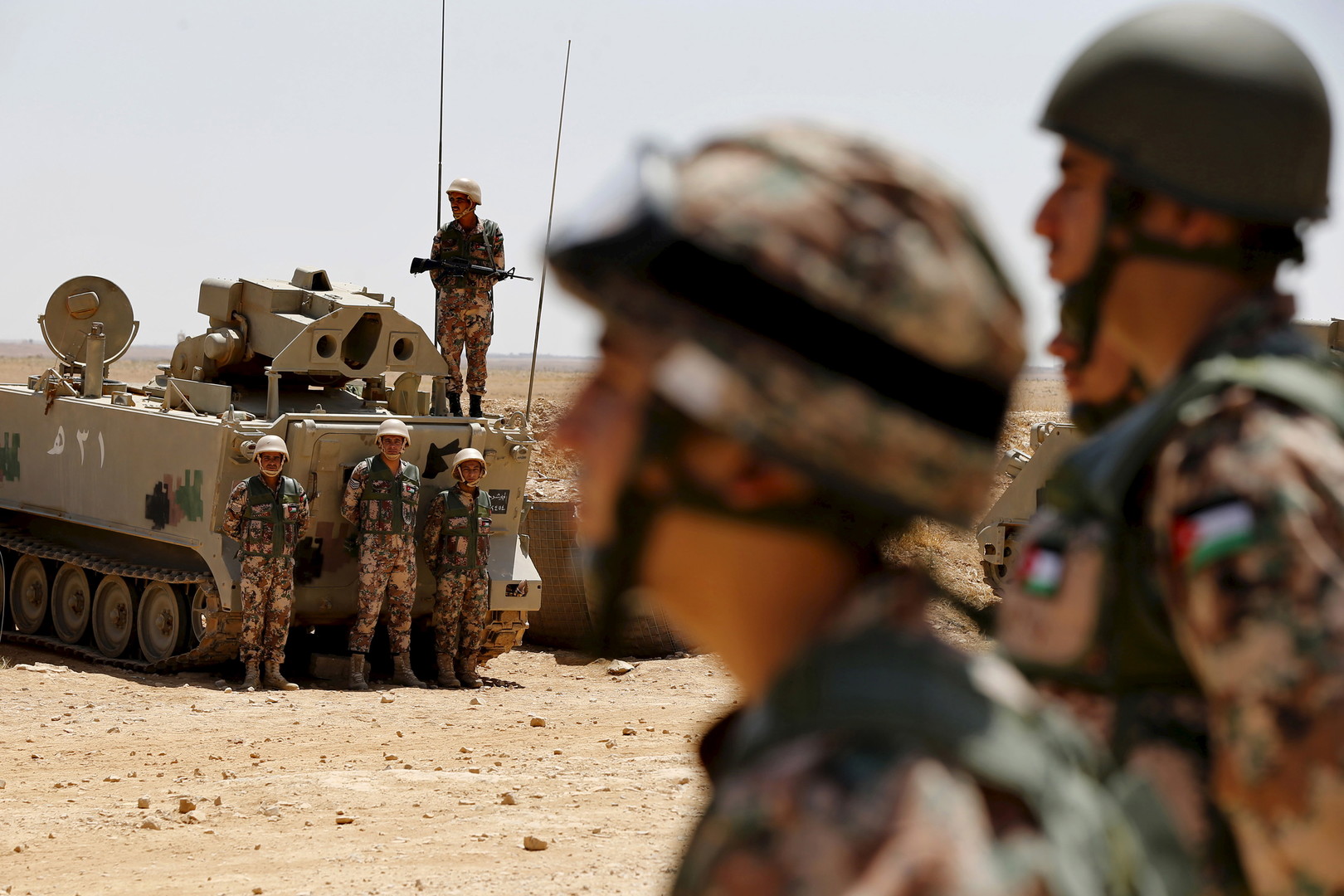 The reasons for the explosion in the al-Rukban camp for Syrian refugees on the northeastern Jordanian border with Syria, and adjacent to the Iraqi border, are not yet clear. On Saturday, January 21, 2017, the car bomb exploded in the camp’s market, causing a large number of civilian casualties.

Most likely, ISIS is behind the operation, and it is a failure, not completed. But what is difficult to predict is whether the main target of it was the Jordanian soldiers at the border point there, similar to the attack carried out by the organization last year, which led to the killing of Jordanian soldiers and security men and the wounding of others, or whether the target was some of the Free Syrian Army factions that cooperate with Jordan And it is trying to help establish stability and security in the camp, which hosts about 100,000 Syrian refugees, a large percentage of whom are children and women.

The booby-trapped (there are leaks that previous operations targeted the new Syrian army in the al-Rukban area) reinforce the undeclared official Jordanian reading, which has come to look at the northeastern region of the kingdom, and the proximity of Deir ez-Zor, Badiyat al-Sham and Homs countryside, as the external threat No. As the head of the organization in the summer of this year, after it lost its control over the city of Mosul, and the American pressure on him increased in the city of Raqqa in northern Syria.

So, the danger has become closer and clearer for Jordan, and the “ISIS post-Mosul” equation enhances rather than cancels them, and makes the northern borders a greater source of security threat, especially if we add to the Levant desert the organization’s strengthening of its presence in Daraa in the western countryside, through what It is called the “Khalid ibn al-Walid Army” loyal to him.

The dilemma of the north-eastern region, and in particular dealing with al-Rukban camp, lies in the overlapping military, security and humanitarian considerations, and the multiplicity of dimensions of dealing with this thorny file. Jordan worked after the previous Rukban bombing, at the border point, to strengthen military precautions and close the northern regions, and to deal, With great caution, with the Rukban and Hadalat camps,

In that area, especially since he has reports and information about the growing influence of the Islamic State within the camp.

However, the other dimension of these justified military and security measures is that the organization, which seeks to expand its influence in Badiyat al-Sham, after losing a large part of its lands in Iraq, will invest well in a state of misery, despair, frustration, lack of aid and basic conditions of life in Rukban and Hadalat, among the refugees there. And a large percentage of them are children and women, to incubate new cells, and to enhance the process of recruitment and mobilization, in light of the abandonment of the whole world about these displaced people fleeing their homes.

It is difficult for Jordan, alone, to deal with this great challenge, humanely, and to marry the military and security aspects on the one hand and the humanitarian one on the other. It is clear that the gradual movement of the organization and the alignment of its elements from Iraq to the Levant desert, reflects the failure of international strategies, and the contradiction of its agendas between pushing it From the areas supervised by the United States to the areas accustomed to Russia and the Syrian regime, and removing it from Iraq to implicate Syria in it. Thus, this conflict of agendas is what led to its recapture of Palmyra in the countryside of Homs, and to the strengthening of its capabilities, in its attempt to completely expel the Syrian army from Deir ez-Zor governorate.

The other side of the Jordanian dilemma in dealing with this challenge is the fundamental doubts about its ability to continue relying on the traditional strategy, i.e. training the Syrian armed opposition to confront the organization, and act as a protective “cushion” for Jordan.

The imbalance in this strategy comes from two angles. The first is related to what happened with the so-called Tribal Army, or the New Syria Army, which Jordan trained and armed with the Americans, in order to confront ISIS in Al-Bukamal and then Deir Ezzor, but the initial battles were completely disappointing, as the new army suffered catastrophic defeats, He lost a large part of his weapons, which confirmed the Jordanian view, which the Americans did not understand, that haste in the preparation and training process, and uncertainty about the outputs, will lead to counterproductive results, which is what actually happened.

The second angle is that the main Jordanian ally in the Syrian opposition today, the Southern Front factions, has become in an unenviable position, as its allies obliged them to stop fighting with the Syrian regime, and to abide by the armistice, which led to a major crisis within these factions, then it is expected that they will abandon them. The allies, if there is a Syrian-Iranian military attack on Daraa, which is the most likely scenario soon, after the completion of the Damascus countryside.It is expected that the Jordanian position will turn to military neutrality, with the shifts in American and Western positions, especially with the advent of the new US President, Donald Trump, which means that the Southern Front will have only two options, the first is surrender and dissolution, and the second is the transfer and movement of a significant proportion of its elements In the direction of ISIS, or Jabhat Fateh al-Sham at the very least, which means that the front, which has been a support for Jordan, until now, may lose it, and even its elements will turn to the opposite, in the event of the scenario of a military attack on Daraa.

The current general regional scene with Iraq “after the dismantling of the ISIS state” does not seem better for Jordan. On the contrary, the danger of the organization has become more clear and closer to the Jordanian borders.