Coping with Crisis: A Review of the Response to Syrian Refugees in Jordan 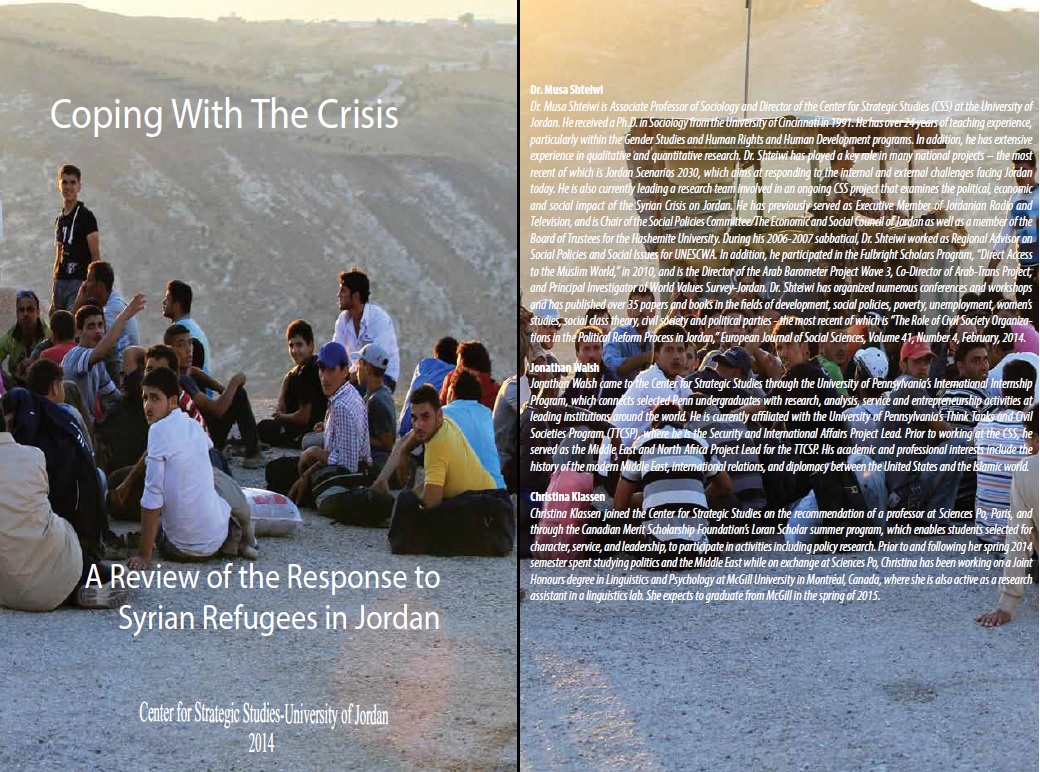 Recently, the Center for Strategic Studies published a book in English entitled “Adapting to the Crisis: A General Review of Efforts to Confront the Syrian Refugee Crisis in Jordan 2014.” This study was conducted by: Dr.

This study sheds light on the general efforts and challenges faced by the Jordanian government and international organizations in managing and adapting to the Syrian refugee crisis in Jordan. This study comes as Jordan is one of the countries hosting Syrian refugees, as the official figure for the number of Syrian refugees in Jordan is estimated at 1.4 million Syrian refugees. 15% of them live in camps.

The remaining percentage is in all governorates of the Kingdom, and most of them are concentrated in the capital governorate and the northern governorates