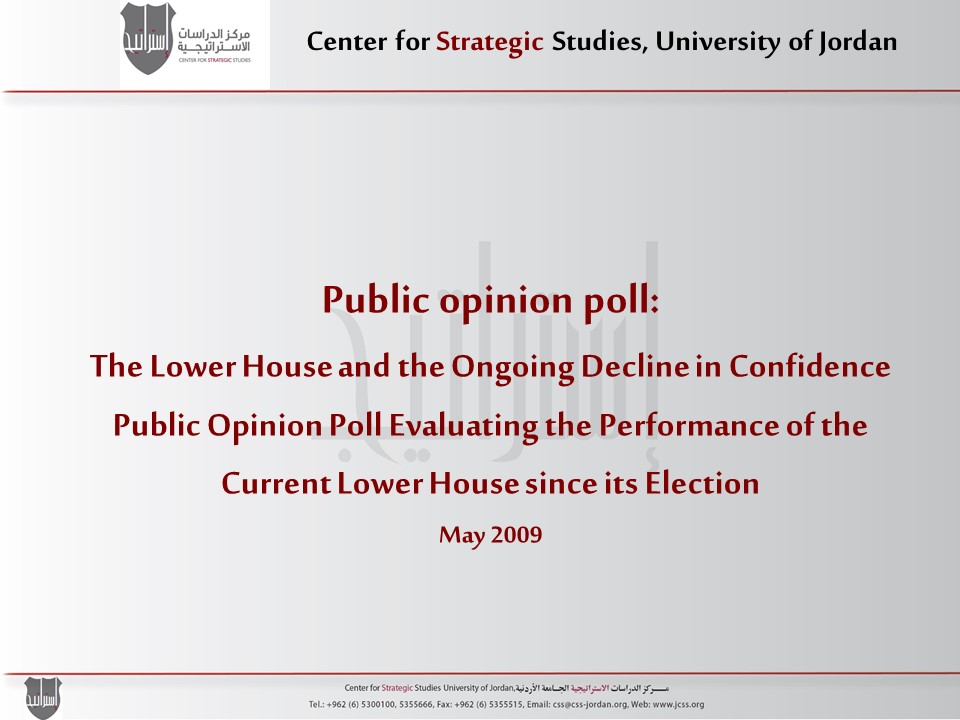 The Center for Strategic Studies at the University of Jordan conducted a public opinion poll evaluating the performance of the current Lower House since it was elected in November 2009.

The field poll, consisting of face-to-face interviews, was conducted between March 19 and April 1, 2009. The size of the complete national sample was 1764 respondents, originally 1830, with 66 individuals refusing to participate in the poll. The sample was distributed throughout all of the Kingdom’s governorates, as shown in Table 1. This sample represents all segments of Jordanian society. The confidence level for the sample was 97% with a 2%+- margin of error.