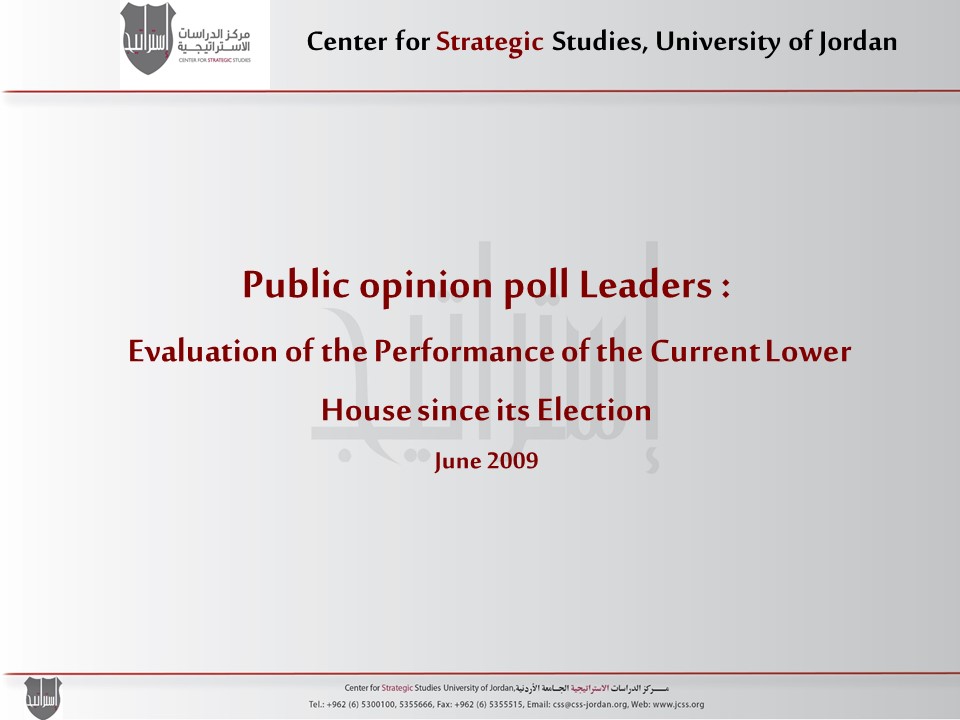 The Center for Strategic Studies at the University of Jordan conducted a poll of opinion leaders in Jordan to identify their views regarding the performance of the current Lower House since its election in November 2007. This project is part of a series of polls the Center is conducting to evaluate the performance of the current Lower House. The Center published a poll previously regarding the opinions of the general public on the same topic.