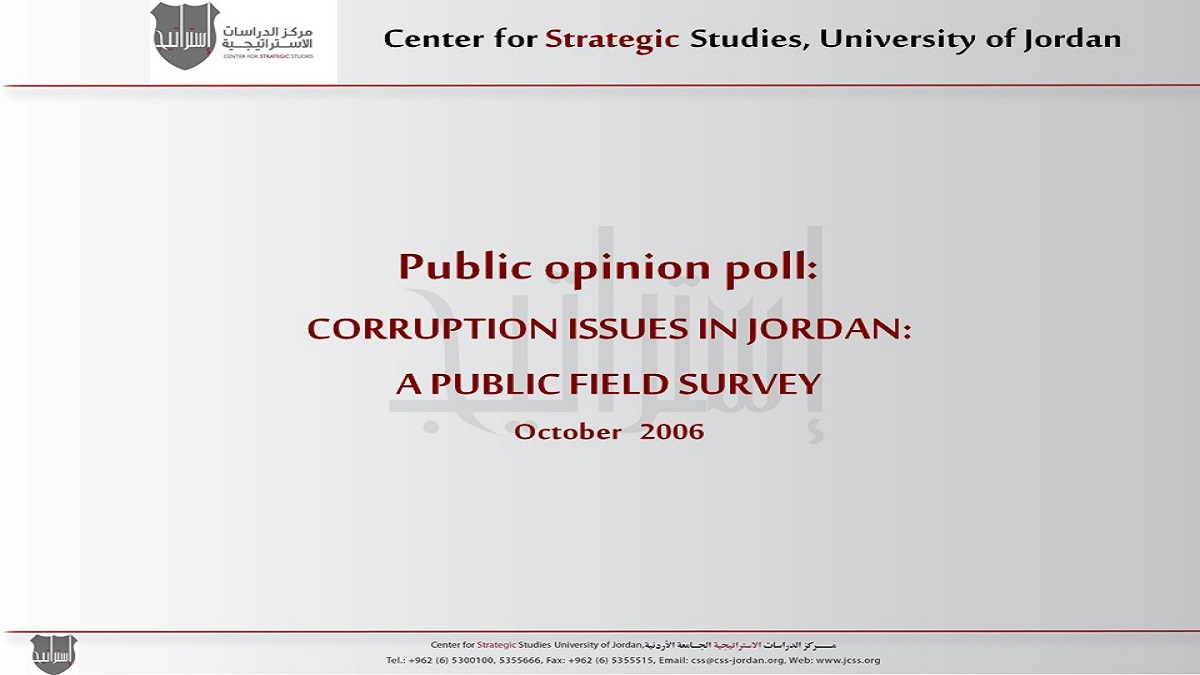 Preamble
Corruption is a complex and multifaceted phenomenon with multiple causes and effects, as it takes on various forms and functions in different contexts (see Annex 1: for theoretical perspectives and Annex 2: for conceptual definitions). The phenomenon of corruption ranges from the single act of a payment contradicted by law to the endemic malfunction of a political and economic system. Analysts have seen the corruption phenomenon either as a structural problem of politics or economics, or as a cultural and individual moral problem. The definition of corruption consequently ranges from the broad terms of “misuse of public power” and “moral decay”, to strict legal definitions of corruption; as an act of bribery involving a public servant and a transfer of tangible resources.

The Center for Strategic Studies (CSS) polls over the past decade have consistently shown that corruption is one of the three issues citizens believe the government should act upon immediately ,. According to Transparency International’s 2005 Corruption Perceptions Index, Jordan ranked 37 with a score of 5.7 on a scale of zero to ten; with ten being clean and zero being highly corrupt. Iceland scored the highest at 9.7. The index defines corruption as the abuse of public office for private gain and measures the degree to which corruption is perceived to exist among a country’s public officials and politicians. Only 159 of the world’s 193 countries are included in the survey, due to an absence of reliable data from the remaining countries. Transparency International regards 5.0 as the threshold value for distinguishing those countries that do not have a serious corruption problem from those that do. Jordan’s index score has improved from the 2004 index of 5.3.