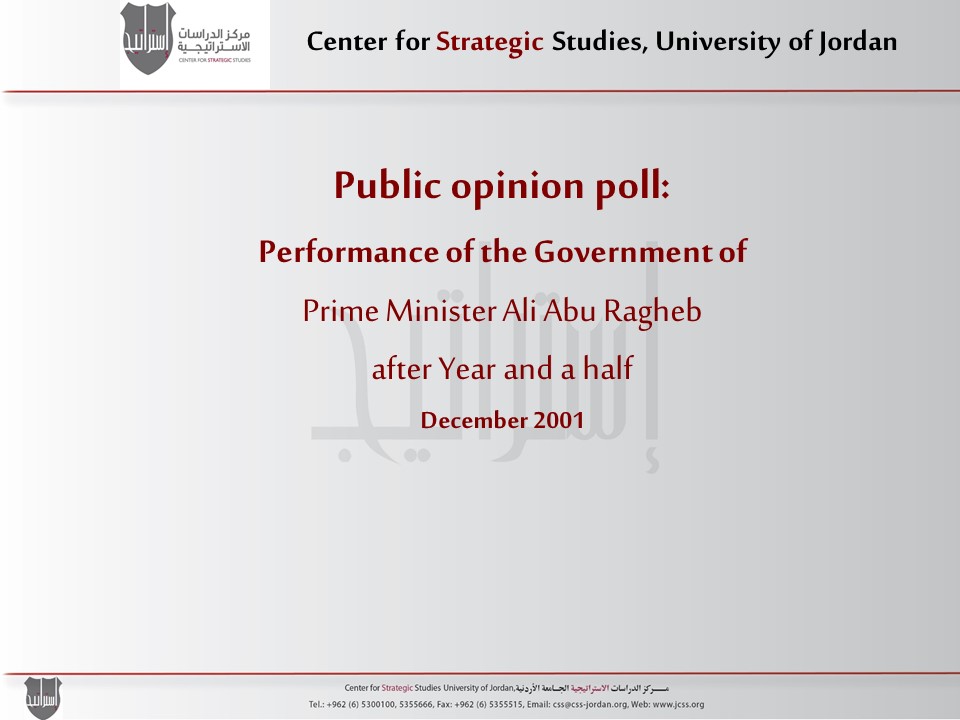 The Centre for Strategic Studies CSS of the University of Jordan is pleased to present the main findings of an opinion poll on the Government of Engineer Ali Abu Ragheb after the elapse of 18 months since its formation on 19/6/2000. This CSS poll was implemented during the period 22-28 December 2001 on two samples selected in accordance with standard statistical practices. The poll was carried out in he Hashemite Kingdom of Jordan on a national sample (NS) of 1387 respondents 19 years of age and above drawn from all the Kingdom’s governorates, as well as a sample of public opinion leaders (POLS) consisting of 800 respondents.

On this occasion, the Centre is delighted to extend its thanks to all the organizations that have participated in making this poll successful and to all the respondents of both samples, from whom the information was collected. Thanks, are also due to all those who have participated in giving success to this work inside and outside the University of Jordan.

The Centre hopes that the information provided by this poll would be useful to all those who are interested in the issues addressed thereby. However, researchers who wish to obtain further in-depth detailed analysis may use the detailed data available at the Centre.