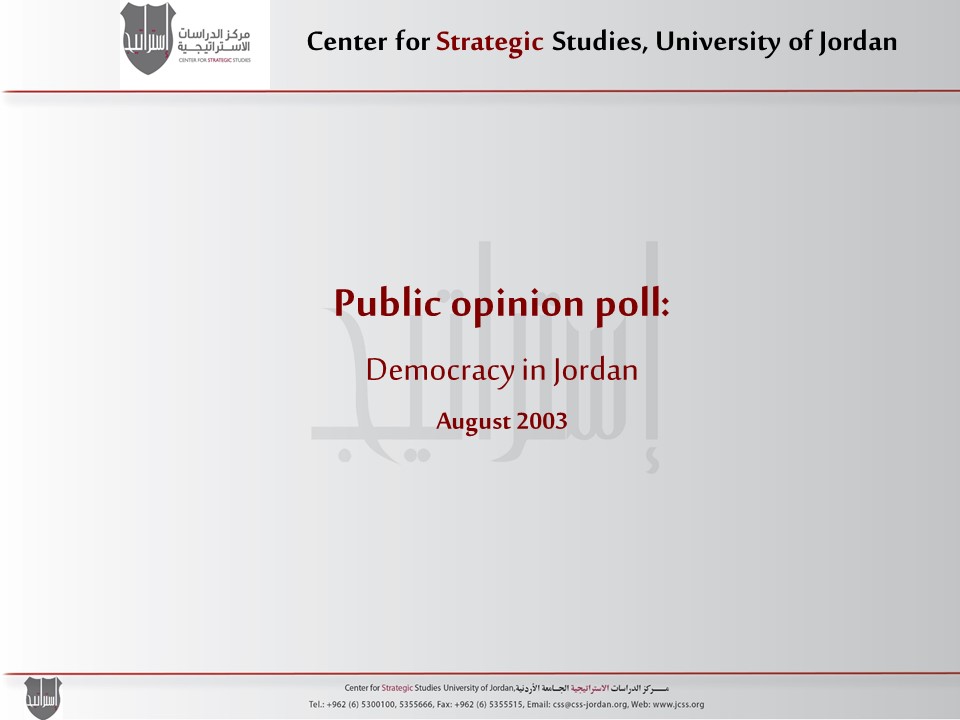 The Center for Strategic Studies at Jordan University conducted an opinion poll on democracy in Jordan at the period between 21.6.2003 – 29.6.2003, which is the tenth annual survey executed by the center as part of the democratic transformation studies project in Jordan. Size of survey sample reached 1403 respondents. This survey aims to explore Jordanians’ tendencies towards democracy in Jordan, particularly political parties and their popularity. Furthermore, this survey has treated the subject of last parliamentary elections, to investigate citizens’ orientations towards the new parliament and their prospects regarding its effectiveness, internally and externally. The survey aims also to identify the underlying dimensions of electoral behavior of Jordanians. One of most important survey subjects became the issue of Jordanians priorities, whether they are internal or external. Political or economical? The importance of this subject lies in the fact that it occupied a considerable space of the dialogue in Jordan during the last few years. The survey included the audio and visual information and the extent of trust concerning local, Arabic and international the political news. The survey observed the spread of satellite sets, computer and the Internet usage. Below is a summery of the preliminary results.