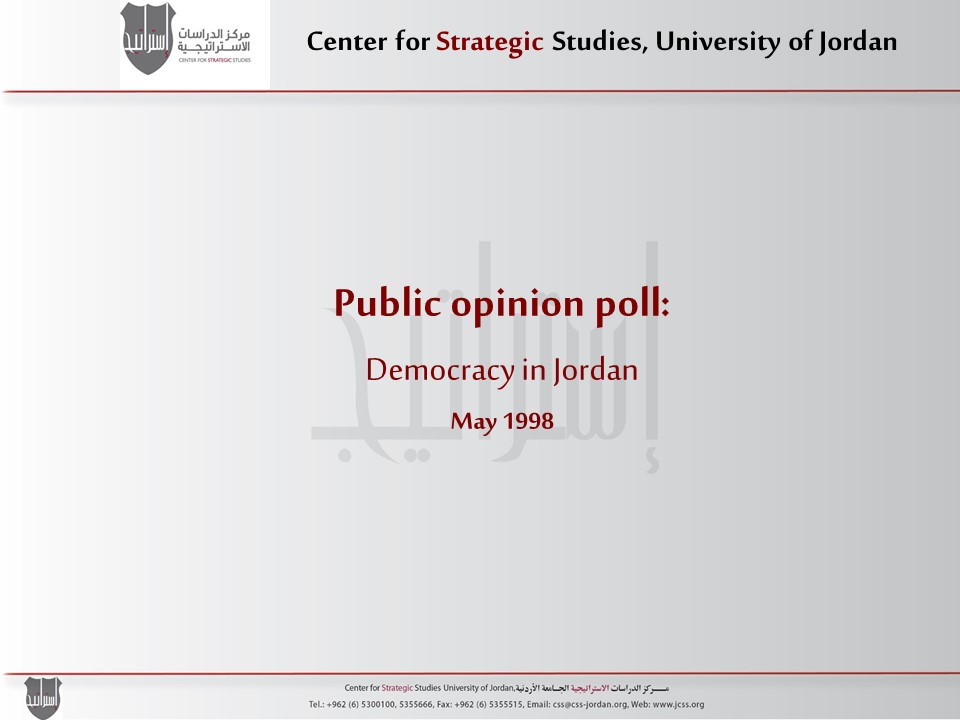 In continuation of the research project launched by the Center for Strategic Studies in 1993 the Center conducted an opinion poll on democracy in Jordan during the period May 22-29, 1998. This is the fifth survey to be carried out by the Center on the issue. The previous four were carried out in 1993, 1995, 1996 and 1997.

The survey’s objective was to ascertain citizens’ positions on the democratization process and show changes in their attitudes compared to previous polls, in addition to identifying the efficacy of civic society organizations in providing the proper frameworks for political and social participation to pave the way for achieving a homogeneous civic society.

The statistical mean for the respondents’ answers on the level of democracy in Jordan reached 4.91 points on a scale of 10.