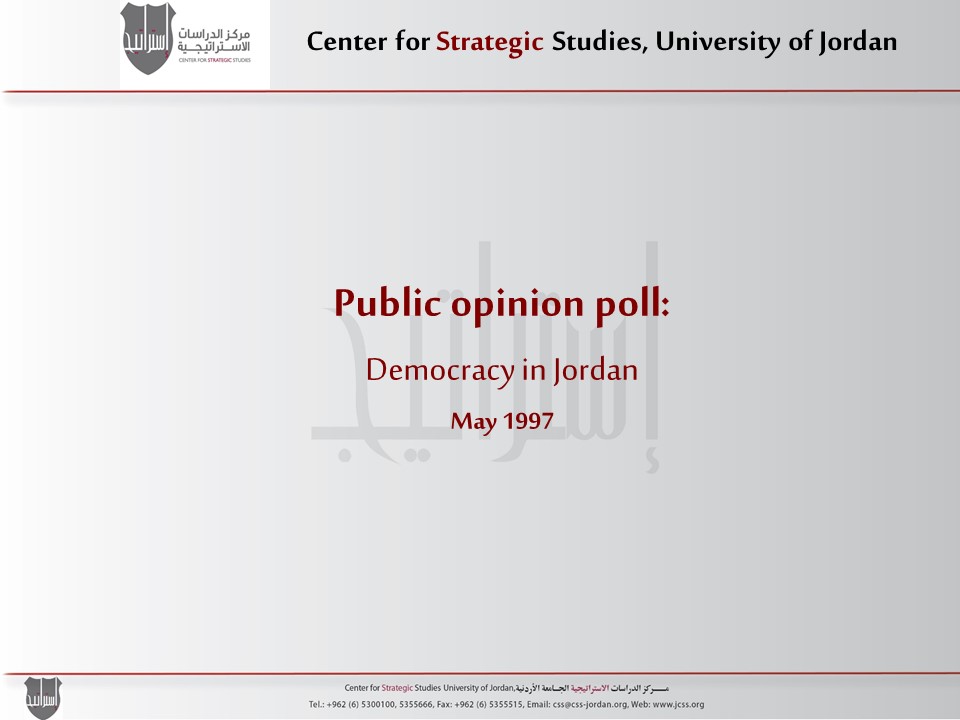 In continuation of the research project started by the Center for Strategic Studies, the CSS carried out an opinion poll on democracy in Jordan 1997 during the period May 19-26, 1997.

The poll aimed to define citizens’ views of the democratization process as well as changes in attitudes compared to the findings of earlier polls, in addition to evaluating the effectiveness of civic society institutions in organizing public participation within certain frameworks to pave the way for the development of civic society.

The Center was keen to ensure that the poll’s sample of 1,200 respondents be balanced, i.e. all segments of society had equal chances of being represented in the poll.

Of the total number of respondents, 22.8% supported restricting the work of professional associations and limiting it to professional matters, while 23.3% were opposed to this measure.