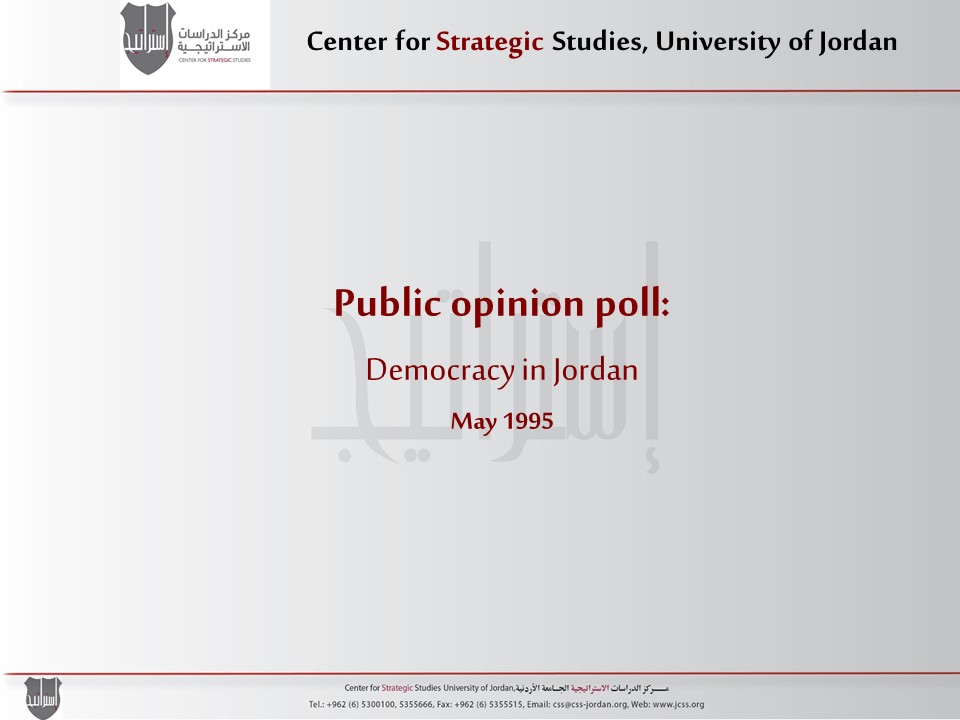 In continuation of the research project launched by the Center for Strategic Studies in 1993, the CSS carried out an opinion poll on democracy in Jordan during the period April 8-18, 1995 over a representative sample of citizens comprising 2,000 individuals aged 19 years or older from all parts of Jordan.

The poll aimed to discern citizens’ views of democracy through questions on amendments to laws governing parliamentary elections, political parties, and press and publications, and asking them to evaluate the performance of the Lower House of Parliament elected in 1993. It also aimed to gather information on citizens’ views of and stands on political parties in general, and their position on the freedom of expression and of the press.

The results also showed that 58.6% of the respondents were satisfied, to various degrees, with the achievements of the Lower House of Parliament.  43.1% of the respondents said the Lower House members did not carry out a sufficient role, to some extent, in following up negotiations with Israel, and 45.6% supported introducing amendments to the parliamentary elections law. On the proposed amendments to this law, 73.3% demanded increasing the number of seats in the 80-member House, to 100-120.