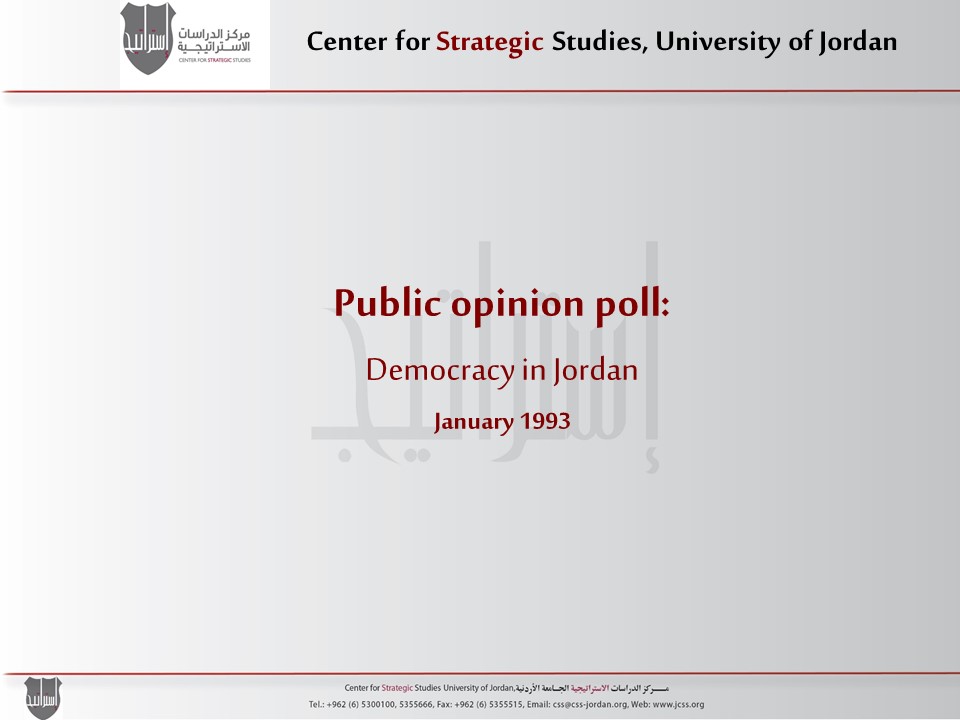 The Center for Strategic Studies at the University of Jordan carried out an opinion poll on democracy in Jordan during the period January 16-21, 1993. The poll sample comprised 1,197 respondents.

The poll aimed to define the position of citizens on the democratization process in launched in Jordan in 1989, and the level of their knowledge of its development and participation in it. It also aimed to define the political frameworks for public participation in the democratization process and the awareness of citizens of the changes introduced, in addition to discerning citizens’ satisfaction with the performance of the legislative authority.

The results of the poll showed that the statistical mean for democracy was 4.584 points on a scale of 10. The results also showed that 73% of the respondents stated that they were satisfied with the performance of the Lower House of Parliament to various degrees. Regarding the current Elections Law, 28% of the respondents said that the House represented the various segments of Jordan’s population to a large extent, and 42% said it was representative of these segments to a medium extent. The results also showed that 1% of citizens were members of political parties, and only 6% intended to join political parties.