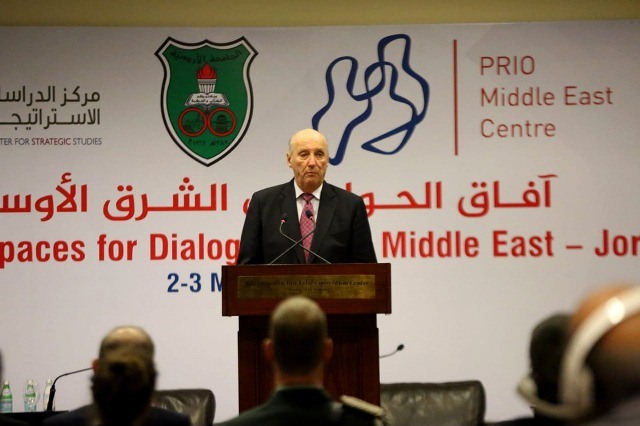 Tuesday, at the King Hussein Bin Talal Convention Centre on the shores of the Dead Sea, the “Preserving Spaces for Dialogue” Seminar was concluded, in the presence of King Harald V of Norway.

The session touched on the prospects for dialogue between Jordan and Norway, and common challenges such as climate change, large-scale migration, and armed conflicts, as well as the level of multilateral cooperation.

King Harald said in a speech, “We highly value the partnership with His Majesty King Abdullah II,” adding that “Jordan has the courage and vision to strive to achieve tolerance and mutual understanding between peoples, cultures, and religions.”

The dialogue provides spaces for thinking and coming up with realistic solutions to solve conflicts and uphold peace, he stressed, adding that “the way Jordan has received refugees serves as an example to us all.”

King Harald stated that Jordan has focused on signing agreements on trade and development and creating forums of dialogue in the region, noting the two countries’ positions in maintaining dialogue on achieving security and peace, and solutions to regional conflicts.

In turn, Minister of Foreign Affairs and Expatriates, Ayman Safadi, said: “We appreciate the visit of the King of Norway to Jordan, which is the first to the Middle East, that strengthens the Jordanian-Norwegian ties that have been established 50 years ago.”

“There are common values between the two countries in terms of peace, security, dialogue and joint action to alleviate crises in the Middle East, the issue of refugees and the right of Palestinians to an independent state on the borders of June 4, 1967,” Safadi added.