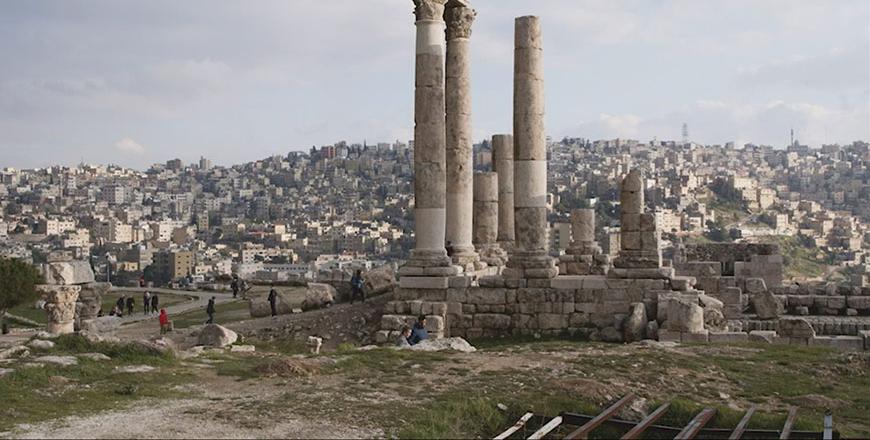 AMMAN — The United Nations Development Programme (UNDP) in Jordan on Saturday announced the launch of “Takatof: United We Stand”, a series of virtual sessions held in partnership with the Centre for Strategic Studies (CSS) at the University of Jordan.

According to a statement from the UNDP made available to The Jordan Times, the dialogue sessions link experts and community members to give voice to the “less-visible” local initiatives that support the government’s response to COVID-19.

Takatof makes “people first” through the recognition of individual initiatives that promote social cohesion, active citizenship and solidarity amid the coronavirus crisis. The episodes will be followed by position papers to inform policymakers, local and international civil society organisations and the public at large, the statement said.

According to UNDP Resident Representative Sara Ferrer Olivella, Takatof sessions are consistent with the initiatives, projects and activities recently launched by the UNDP in Jordan to support national efforts on various fronts in light of the exceptional circumstance that the Kingdom is going through in response to the global spread of the coronavirus pandemic, the statement said.

“The dialogues highlight collective action and convene experts, government officials, scientists, health professionals and community leaders to harness knowledge and provide much-needed advice and discussions on the threats, concepts and opportunities for the Jordanian society on the political, economic, business and social levels,” she said.

“None of us is safe until all of us are safe and no one is left behind,” she added.

Director of the CSS Zaid Eyadat said: “The Jordanian community has proven in all of its sectors a massive ability to deal with the crisis and adapt by providing models of cooperation and social cohesion that reflect the community’s culture through history.”

The episode discussed the range of functions that municipalities — being closest to the people — are taking to respond successfully to the challenges posed by COVID-19, with the help of local communities.

Al Assaf presented the strategic UNDP interventions in supporting the Ministry of Local Administration and how the UNDP has reoriented, repurposed and introduced new digital initiatives to support the Jordanian government, including the Local Administration Ministry’s immediate response, highlighting the need to harness governance for the COVID-19 response, the statement said.

In response to the sessions, National Anti-Pandemic Committee Spokesperson Natheer Obeidat said: “We have learned that dealing with this battle against the pandemic will not be successful without solidarity, cooperation and unity.”

“We have seen unity prevailing among members of the National Anti-Pandemic Committee, consisting of the different sectors and represented by all of the health sectors in Jordan: Ministry of Health, universities, private sector and the Royal Medical Services,” he added.

Baraa Abu Nemeh stated: “Jordanians, in general, have the intention to assist our nation, they can sacrifice what is valuable for the sake of the people. It was proven to the whole world and all of the developed countries that Jordan’s first message is that a human is the most valuable.”

Future sessions will discuss pressing issues such as e-governance and digital economy, decentralisation, social cohesion, the National Defence Law and the economic shocks of COVID-19, the statement said.