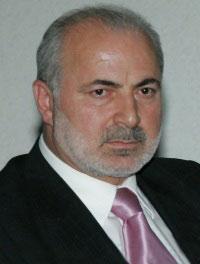 AMMAN — The Centre for Strategic Studies (CSS) at the University of Jordan (UJ) was ranked first among research centres and think tanks in the region, according to an international report.

The Global Go To Think Tank Index Report, released annually by the Think Tank and Civil Societies Programme at the University of Pennsylvania, has ranked the CSS 133rd among the top 150 centres, selected from 6,846 centres worldwide.

Last year, the CSS ranked sixth regionally, while in 2014 it ranked 10th, said CSS Director Musa Shteiwi at the launch of the report on Thursday.

The report classifies research centres into global, regional and thematic rankings according to criteria which include managing and organising resources, intellectual and scientific production, influence on policies and trends, and national attitudes towards them.

Globally, the Brookings Institution (the US) ranked first, while Chatham House (the UK) came second, followed by the French Institute of International Relations (France) and the International Peace Institute (the US).

Meanwhile, the CSS was ranked 53rd internationally in the specific field of defence and national security studies, compared to 60th place in 2015.

Commenting on the results, Shteiwi said study centres have gained increasing importance given their role in providing decision makers and planners with surveys and polls on political, economic and social issues, as well as reviewing policies and plans.

He added that the CSS has proven that national institutions can succeed by utilising available resources, adding that the centre also pays attention to building multiple local, regional and international partnerships.

This year, the centre will begin developing a diploma programme in refugee studies and will increase scholarships for PhD students. In addition, the CSS is currently working on Jordan’s 2030 scenarios, Shteiwi noted.

For his part, UJ President Azmi Mahafza said the university will continue supporting the centre, highlighting the first-place ranking on the regional level as a national accomplishment.

He also emphasised the need to sustain current efforts in order to achieve higher international rankings in the coming years.