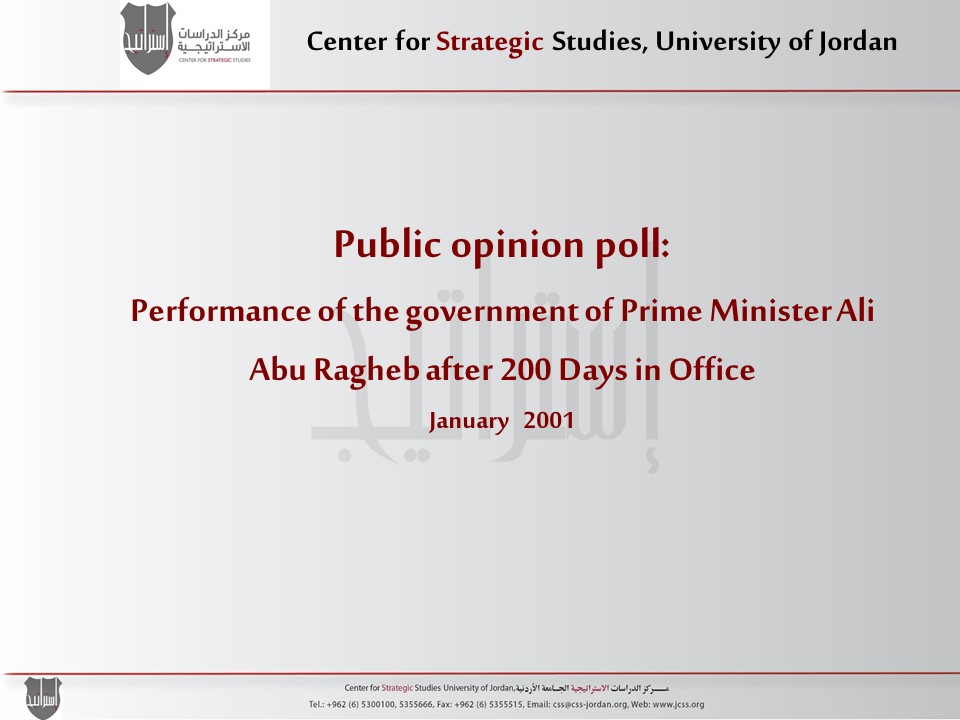 The Center for Strategic Studies is pleased to present the following summary of the results of the opinion poll conducted on the performance of the government of Prime Minister Ali Abu Ragheb (formed on 19 June 2000) after 200 days in office. The poll was carried out in the Hashemite Kingdom of Jordan over two samples chosen in accordance with statistical standards: a national sample and a public opinion leaders’ sample.

The national sample consisted of 830 individuals representing Jordanians 19 years of age and over drawn from all the country’s 12 governorates, and the public opinion leaders sample consisted of 695 individuals including political figures, such as former and serving senators and deputies, former ministers and secretaries general of ministries, leaders of political parties and unions, business persons, journalists, writers, artists, and university students and professors.

This poll is a follow up to the two polls conducted by the Center in June 2000 and October 2000, the overall results of which serve as a measure of public opinion on the ability of the government to assume responsibilities at each stage.