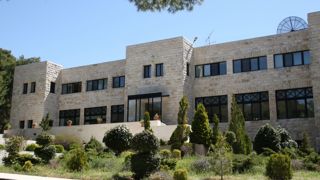 AMMAN — Endorsing the proposed new version of the Income Tax Law must be accompanied by reducing the sales tax, according to a research by the Centre for Strategic Studies (CSS) at the University of Jordan.

During a press conference on Sunday to announce the research on the draft Income Tax Law, Amman Chamber of Commerce (ACC) Chairman Issa Murad and CCS President Musa Shteiwi outlined the findings of the survey, which was titled “The New Income Tax: An Assessment and the Alternative Solutions”.

Last week, the Cabinet approved the mandating reasons for a draft law amending the Income Tax Law for 2018 and referred it to the Legislation and Opinion Bureau.

The government stressed that the draft law aims to realise “social justice and equality” and impose deterrent penalties on perpetrators of tax evasion.

It said that the law, which broadens the taxpayers’ base, is a corrective piece of legislation that would realise tax justice, fight evasion and apply the principle of vertical equity of tax payment.

During the presser, Murad said that the proposed piece of legislation adds more burdens on businesses and worsens the economic situation.

He stressed that the ACC rejects the draft law as it contradicts the Economic Growth Plan, adding that any extra load on the trade and industry sectors means a heavier load on residents.

Shteiwi said that the study was driven by the centre’s keenness to contribute to enriching knowledge, stressing the need for a genuine dialogue on the new tax law that takes into account the interests of “all”.

The three-month research said that despite the fact that the new law is economically “justifiable”,  it should take into consideration the entire tax system to avoid over taxation and any negative impact on economic growth.

The research recommended a tax amnesty within a set timeframe to include exemption of fines and interest on the duration of delay rather than the overdue amount of tax to encourage individuals to provide their tax statement and broaden the base of taxation thus increasing revenue.

It said that the government should not be authorized to grant exemptions or privileges under “special cases” which, authors believed, would open the way to favouritism.

The study called for establishing a special unit at the Income and Sales Tax Department as the authority for taxpayers when they need clarification of the tax value and how it is calculated.

The agriculture sector must remain exempted as is in the current law,  the study suggested.

The study also urged revisiting the provisions that give authorities access to obtain taxpayers’ financial and bank data, stressing that such a power should be exclusive to prosecutors and only in cases when the tax evasion is proven.